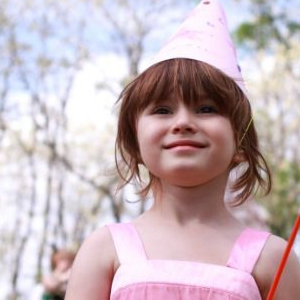 Her dark ringlets dance in the air as she spins. With arms to the wind – or more accurately, the breeze of the ceiling fan – her movements are as graceful as a two-year-old in one-size-too-big-for-her plastic heels can be.

She’s no longer 21st-century Dorothy Jane. At least, not in this moment. Decked from head to toe in Disney-branded pink, she’s magically transformed to the medieval Princess Aurora. The maiden who can’t save herself. The royal daughter destined to literally sleep – and ahem, perchance to dream – as she awaits the rescue only her prince can bring.

I watch as my little dreamer’s imagination runs free in this classic tale of dependence. It’s a story I’ve introduced her to, even eagerly fed her. But as a little girl growing up in a modern world, would it be better for me to redirect her focus? To hand her a rubber sword or a cause and financial backing rather than heels?

Some would say yes.

You see, back in December, NPR aired a story that explored what kind of princesses little girls should look to. This short feature pointed to these classic stories “of going to the ball and waiting for Prince Charming” as “outdated.” It then went on to highlight a new series of books for young girls. Written by a University of California Riverside professor, one reader described these new works as providing “better role models for her daughter than the traditional version.”

As a fan of princess tales – some old and some new – I was intrigued. At first.

That was until I heard one mom’s take on these modern-day role models and why she believed they are better. She shared, “They are more like, go there and do it for yourself…. You don’t have to wait for anybody. You can work together with Prince Charming and do stuff for the world, but you don’t have to sit there and wait for him to rescue you.”

I listened, wanting to be open-minded – seriously, I did – but I couldn’t be. Instead, I felt unsettled.

It’s true that the classic tales aren’t perfect. Even this Disney-loving mom can admit that. Snow White, Cinderella, and Sleeping Beauty are fictional women with flaws. Take Snow White, for example, what doesn’t she understand about don’t take food from strangers? It’s not that difficult.

And it’s equally true that I want Dorothy and her three older sisters to be active, not passive, participants in this life with which God has gifted them. My husband and I are doing our best to raise them to be brave, to be selfless, to be fighters of the good fight. We want them to embrace and chase after the things God has for them.