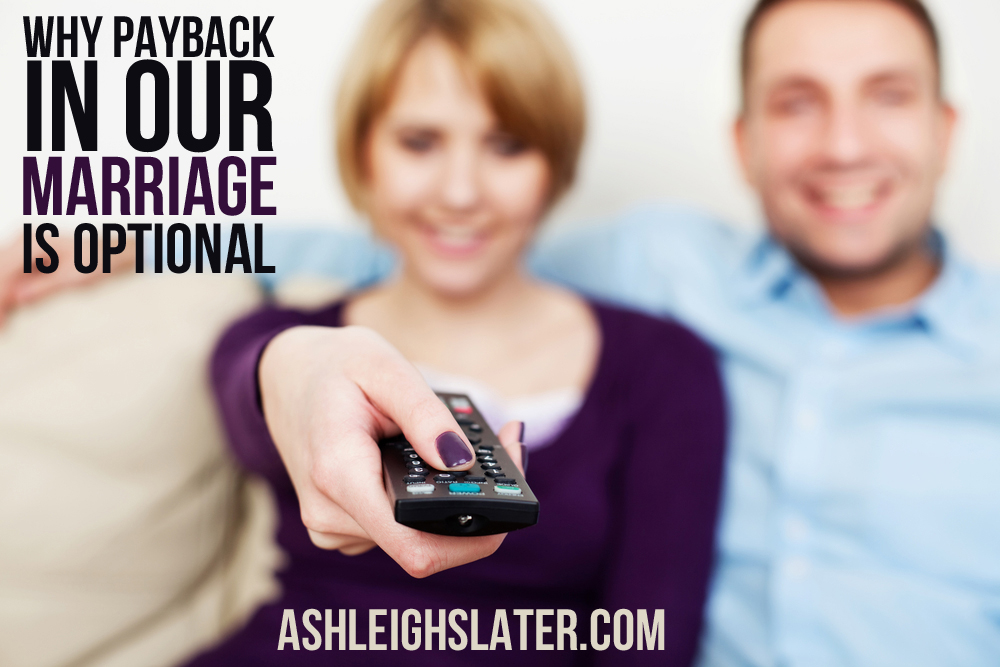 I love when my husband Ted introduces me to aspects of his pre-Ashleigh world. Sometimes that’s taken the form of letting me read his journal from the two months he spent in Colombia during grad school. Sometimes it’s included a walking tour of Northern Michigan University where he earned his bachelor’s degree. Other times it’s meant we sit down together and watch a movie he fondly recalls from his youth.

Classics, and I use that word loosely, like Disney’s 1979 sci-fi flick, The Black Hole. My hubby, who happens to be older than me and actually remembers the late 1970s, was such a Black Hole enthusiast that he bought MPC model kits of a few of the robots and spaceships from the movie.

But do you know what he said to me when The Black Hole credits rolled?

Not, “That was awesome!”

He looked at me, a bit in shock over his childhood fondness being crushed, and uttered, “I’m so sorry. I owe you.”

I was relieved to discover he found those ninety-eight minutes painful too.

In our marriage, whenever Ted says “I owe you” following a film, it normally means I’m entitled to pick the next one, two, or maybe three movies we watch, depending on just how bad his choice was. And you bet I take full advantage of this. It’s why Ted has sat through some of those Cary Grant screwball comedies from the 1940s he’s not so crazy about.

[Read the rest of the article at Emily T. Wiergena’s blog.]