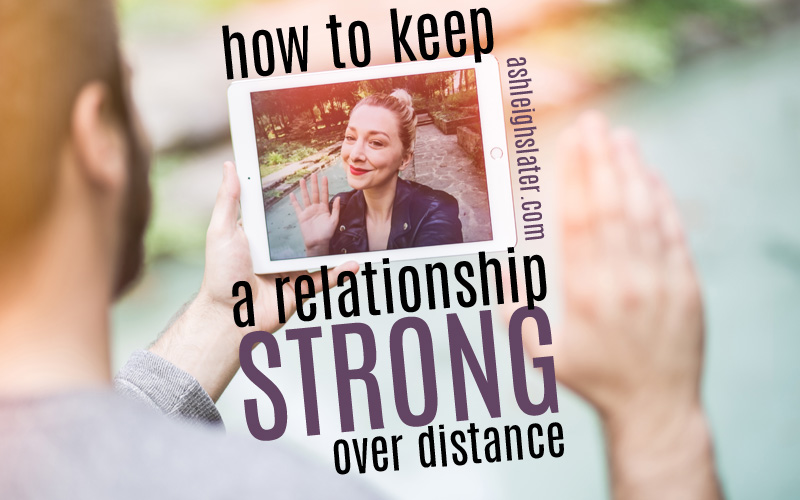 Ted and I spent the majority of the last eight months separated by distance.

Granted, we never intentionally planned to do so.

But when one of our daughters was cast in the national tour of a Tony-Award winning musical and we needed to take turns traveling the country with her, it just sort of happened.

Now that the tour has ended, a friend recently asked me, “How did being apart affect your marriage?”

I’m sure she’s not the only one to wonder this over the last eight months.

So how exactly did #theglamouroustourlife (as Ted and I refer to it) impact our relationship?

We discovered that the old adage “absence makes the heart grow fonder” isn’t an accurate description of what separation by distance does to a marriage. In my latest article at The Courage, I explain:

We found that absence doesn’t breed either fondness or forgetfulness. Rather, it’s a both/and situation…

During this time, it’s true that our fondness for each other deepened. We missed falling asleep together and waking up side-by-side. We longed to regularly share meals again and laugh at the same time in the same place at the silly things our kids said and did.

Yet, we also found ourselves increasingly susceptible to forgetfulness in one particular area. It was the area of interdependence or mutual reliance that’s essential to a strong, healthy marriage.

Almost 15 years ago, when Ted and I said “I do,” we made a lifelong commitment to increasingly grow more dependent on each other. These long stretches of separation, though, brought with them increased independence. While independence was necessary to keep everything running smoothly at home and on the road, it also slowly threatened to eat away at our interdependency. It sought to leave each of us thinking more about “me” than “we.”

Ted and I realized that we had to make a concentrated and intentional effort to not only preserve, but also strengthen, our interdependence even when we were in different states.

How did we do this?

After you do, come back here and share with me your thoughts. I’ve love to hear what has or hasn’t worked for you when it comes to keeping a relationship strong over distance.