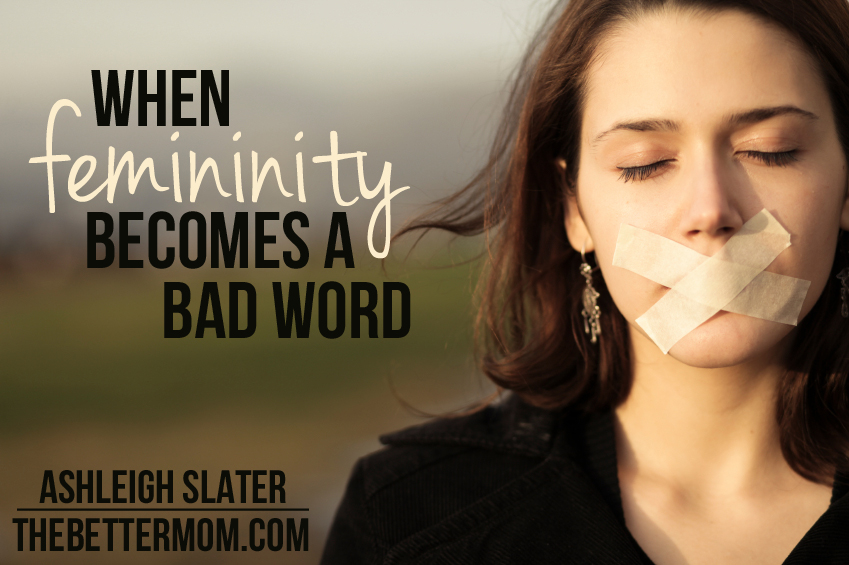 I’m over at The Better Mom today talking about “When Femininity Becomes a Bad Word” and what that means in our marriages. Here’s the intro:

I smoothed the soft lines of my favorite lilac suit jacket as I returned to my seat. As a second-semester graduate student studying television producing, it had been my task to pitch a script to my classmates. Once I’d finished, my female professor kicked off her comments with, “Your suit is too feminine.”

Twelve years later, it’s the only feedback I remember from that day: That my femininity – my femaleness – was something to shy away from and mask if I wanted to succeed in this field.

And perhaps it’s true. After all, it was spoken by a woman who’d come to her professorship with at least a decade of on-the-set experience.

That day, in that classroom, in that Christian graduate school, femininity had become a bad word.

What I also remember, though, is that I left the classroom that afternoon determined. Not determined to donate my suit to Goodwill, but determined to continue wearing it. Determined to not lose sight of the fact that I was, as David wrote in the Psalms, “fearfully and wonderfully made,” and this included my God-given femininity. That it wasn’t something to mask or shy away from, but to embrace.

I didn’t go on to pursue television producing as a career. But I did go on to get married and produce four little girls.

And here’s what I’m realizing: Our culture tells us the same thing when it comes to our marriages. That our femininity – the unique way we are different from our husbands – isn’t something to celebrate. Rather it’s something to fight against. Because embracing it? Well, that makes us not equal to the task. Weak. Less. Doormats, even.