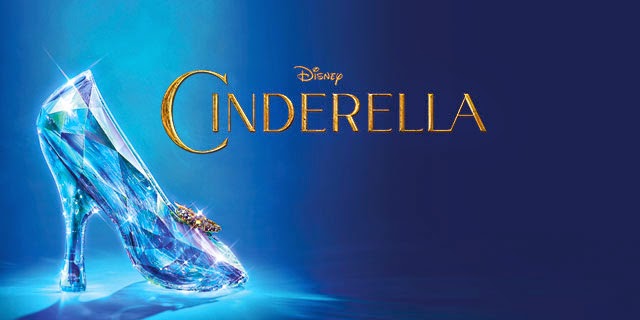 When I was six, Cinderella was my favorite Disney princess.

Granted, this was in back in 1985 when they only had what I term the Original Fab Three. For those less “up” on their Disney princess timeline, I’m referring to Snow White, Sleeping Beauty, and Cinderella. 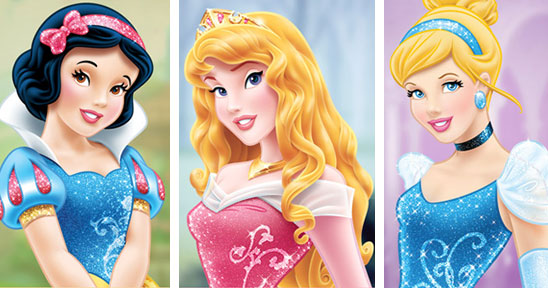 It would be four more years before The Little Mermaid would usher in what’s been labeled the Disney Renaissance and, along with Beauty and the Beast, demonstrate what a huge market there still was for animated movies of the princess variety.

(For all you film history nerds like me, here’s an interesting tidbit. When Cinderella opened in February 1950 it was a box office success, going on to gross over $34 million. Today, this classic is even included on the American Film Institute’s list of the “10 Greatest Animated Films of All Time.” Unfortunately, though, the 1959 release of Sleeping Beauty didn’t do so well in theaters. It wasn’t until The Little Mermaid in 1989 that the studio again tried its hand at another animated fairy tale princess.)

So why was Cinderella my favorite? Why not Snow White or Princess Aurora?

Looking back, I think it was Cinderella’s kindness, albeit subtle, that gripped me even as a little girl. And it’s primarily this kindness that makes Disney’s new, live-action telling of this timeless classic a movie I want my four daughters to see.

(And yes, if you’re wondering, I’m that mom. The one who saw the film for the first time without my princess-loving girls. We had one of those, “Oh, by the way, Mom’s going to see Cinderella tonight and you can’t come” awkward conversations. But since I was invited to an advanced screening and could only bring +1, I decided it’d be simpler to take my man Ted with me than try to pick one of my four girls. I promised them that if it was good, I’d take them all later.) 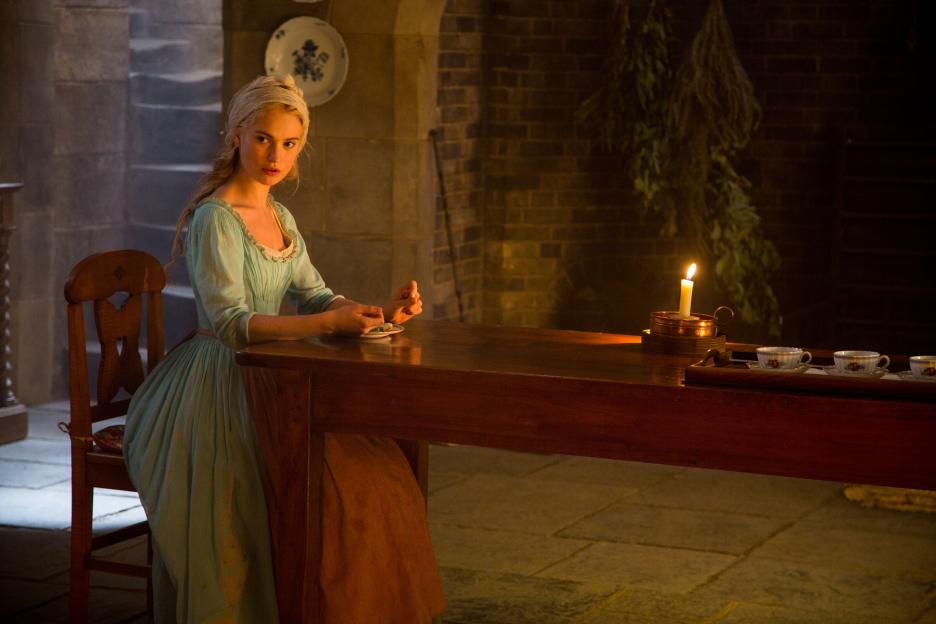 The film’s mantra is clear: Have courage and be kind. It’s in the trailers, it’s repeated multiple times throughout the film. One would literally have to be sleeping through the movie to miss it. It’s what Ella’s mother tells her before she dies, and what Ella clings to after her father’s death.

(Oh, right. Spoiler alert. Although, with a story like Cinderella, I’m not sure any real spoilers exist, but there are a few twists.)

She soon discovers, though, that having courage and being kind isn’t always easy. Sometimes – with some people – it’s really, really hard. And there are moments when Ella finds herself desperately wanting to give up.

Ella ultimately doesn’t, though. Give up, that is. Her reactions to both literal and figurative attics in her life remind me of the words of G.K. Chesterton. He once wrote:

Being “contented” ought to mean in English, as it does in French, being pleased. Being content with an attic ought not to mean being unable to move from it and resigned to living in it; it ought to mean appreciating all there is in such a position.

Remarkably, Ella does just that. She consistently looks for and embraces the best in each situation with which she’s faced, doing it all with kindness and a gentle strength. I love what director Kenneth Branagh had to say on this in the film’s Press Kit:

She assumes people don’t necessarily mean to be cruel and aren’t necessarily evil. She is not a helpless or self-pitying victim…. In a way, Cinderella’s journey mirrors that of the Stepmother, in that both endure loss and heartbreak, but it’s the choices they make which differentiates them. She could easily have become bitter and angry like her Stepmother, for which she has ample cause, but she chooses goodness.

The gentle strength and kindness of hers isn’t just found in how she views her life and circumstances. It also extends into something I think we all find difficult: forgiveness.

You see, “have courage and be kind” aren’t the last words Ella’s mother offers her. Right before she dies, she asks Ella, “Please forgive me?” These final words express the depth of the sorrow and guilt she feels for leaving her daughter so early in life. Ella eagerly forgives this mother that she loves dearly. 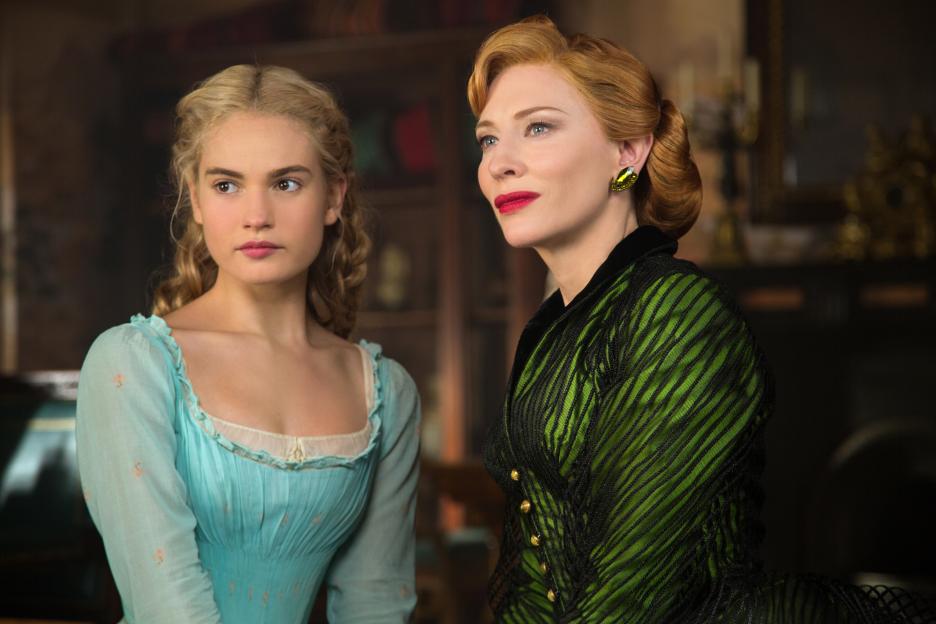 Later though, Ella goes on to extend forgiveness again. This time to a women who should have acted like a mother toward her, but didn’t. A woman who treated her poorly and never repented. While Ella’s words may leave justice-seekers disappointed and frustrated, I think in general they’ll remind most of us that true strength comes not in restitution, but in forgiveness.

While Cinderella isn’t a biblically-based film, it is a story that can easily be discussed with kids from a Christ-centered perspective. It has a lot to offer on the importance of inner beauty and on kindness, specifically to those who don’t deserve it. And, if you want to dig even deeper, you can pull out the Grimm Brothers’ version of Cinderella and compare the mother’s words with those in the film. In that telling, Cinderella’s mother is more detailed in her “Have courage and be kind” admonition. She says, “Dear child, be good and pious, and then the good God will always protect you.”

Aside from a much-deeper and clearer “have courage and be kind” message, what makes this live-action film stand out from its animated predecessor and worthy of your box office money? Several things. 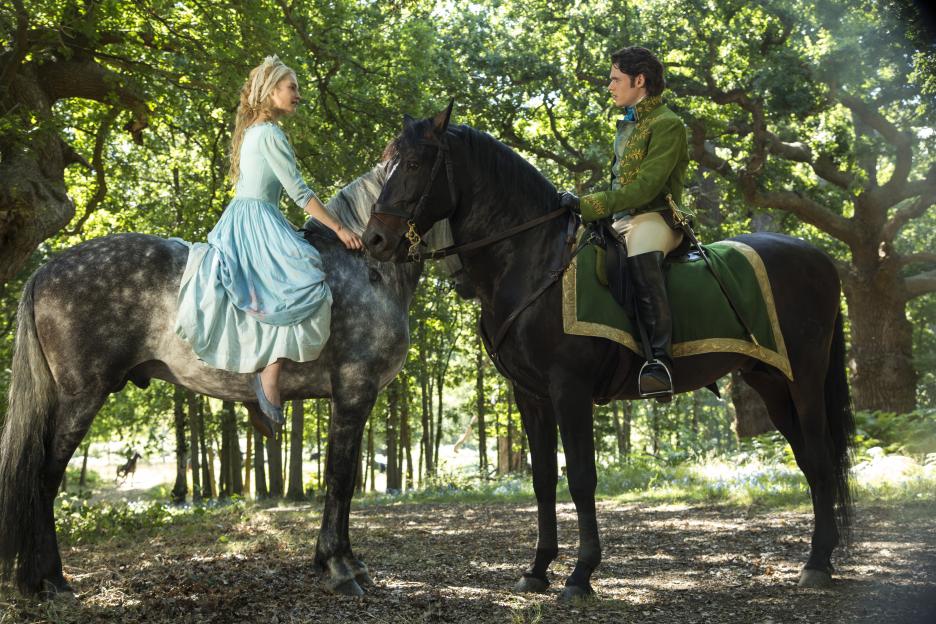 One, some have commented that this film is one of mutual rescue. Cinderella and the Prince help each other grow and are both better for it. What I personally loved about this film’s depiction of their relationship is that it’s more developed, more deep, than the animated feature. We aren’t simply given a love-at-first sight romance, but a friendship that emerges over time. Director Kenneth Branagh commented:

The Prince finds in Cinderella a kindred spirit who believes that the important thing is not to go to war with your fellow man, but to have courage, to be kind and generous, and, where possible, to turn the other cheek. 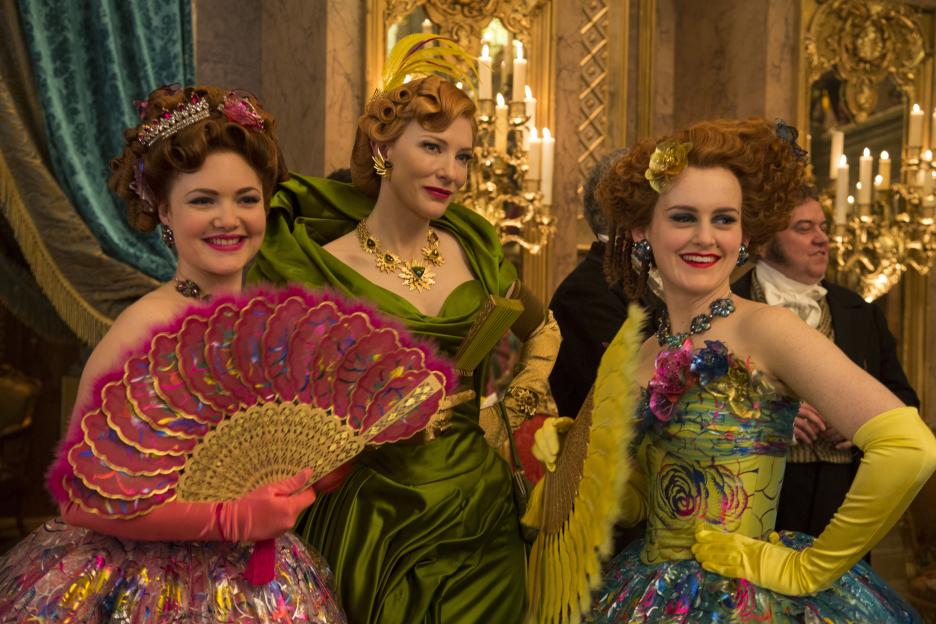 Two, I think that casting can make or break a film. The casting in this is superb. Downton Abbey’s Lily James offers a Cinderella who’s beautiful, but not in an intimidating way. There’s a vulnerability and every-girl quality about her that is endearing and accessible. I also enjoyed seeing another Downton Abbey regular, Sophie McShera (a.k.a. “Daisy”), play Drisella, and think that Lord of the Rings’ Cate Blanchett was perfect in the role of Lady Tremaine. 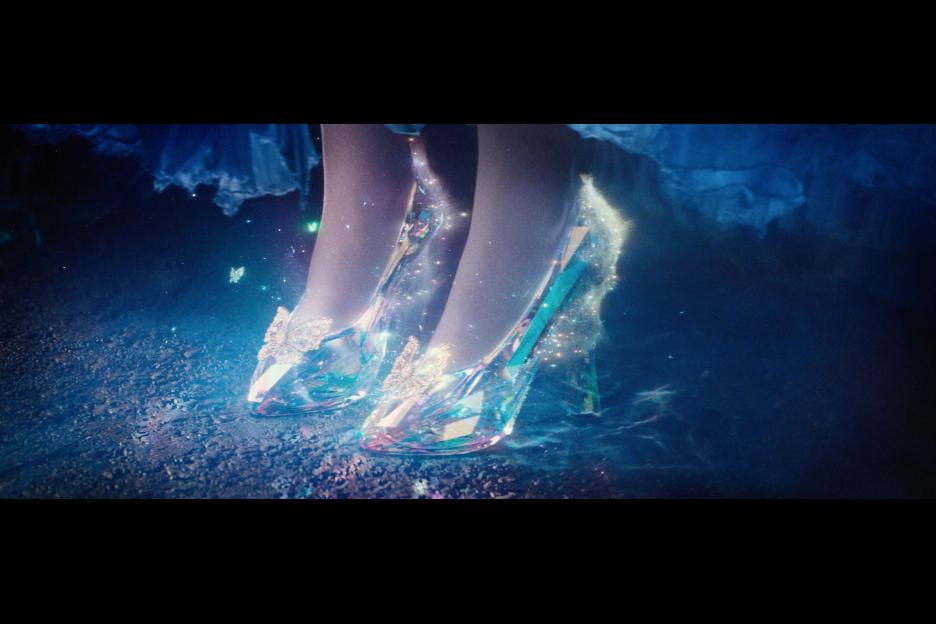 Three, after 30 years, I finally got why the glass slipper only fit Cinderella. It was magic. Am I the only one who didn’t get that until just now? If so, talk about slow.

While I have to admit that Ted wasn’t crazy about the film (although, who’s to blame him – it doesn’t exactly scream “man film”), I enjoyed it immensely. It has lots of women-who-loved-the-animated-film-as-a-child, as well as current kid, appeal. I have no doubt it’ll leave my girls giggling one moment and awe-struck the next. I’m also hoping they walk away from it reminded that kindness – and courage – really do matter.

What about you? Any of you seen it yet or want to see it? Do tell.

P.S. Oh, and did I mention the film kicks off with the short Frozen Fever? A genius move on Disney’s part. 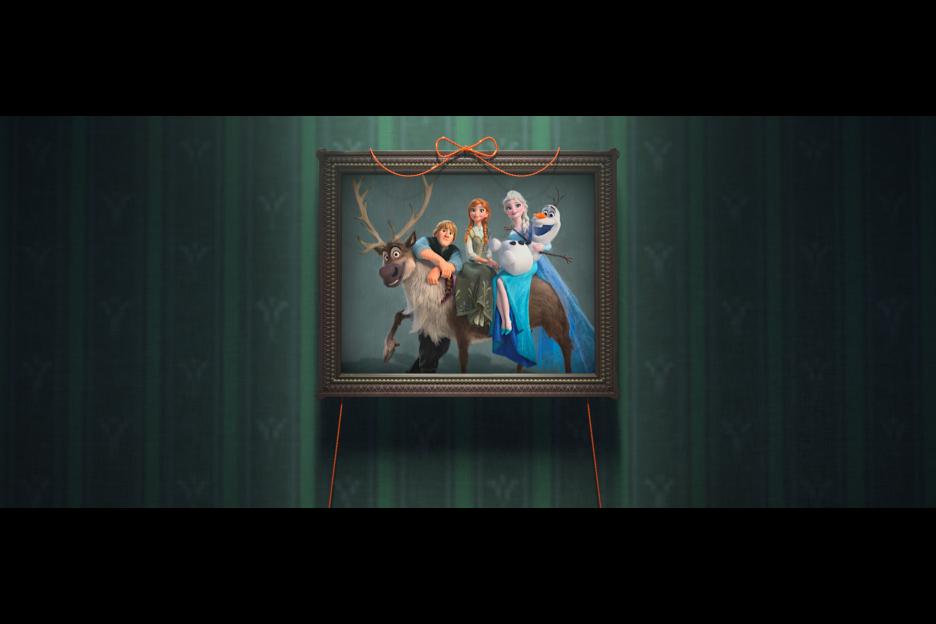