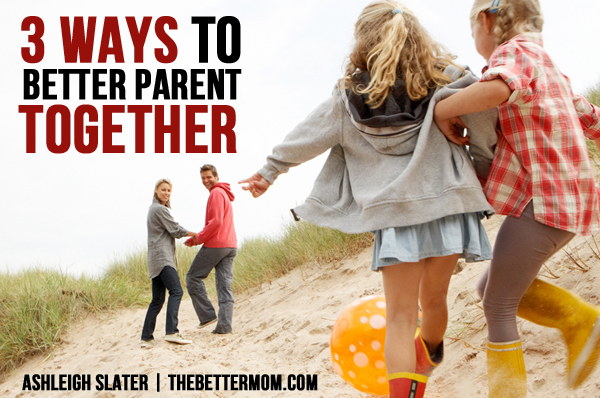 When our first baby was born, my husband Ted and I discovered that teamwork during pregnancy was the simple part.

You see, it didn’t take much for Ted to hop in the car and make a Big Mac run for me. But getting up in the middle of the night to help me with a screaming newborn? That required more sacrifice. It wasn’t much easier for me. At two in the morning, neither of us was thinking “teamwork.” We were thinking, “Ugh … it has to be his turn to get up and change her diaper, not mine.”

Ten years later, we’ll tell you that having kids is well worth the effort. We’ve found that God uses parenting to refine and change us in a way other things can’t. But uniting together to raise kids certainly hasn’t been easy.

One reason is that we don’t approach it in exactly the same way. Sure, we agree on all the essentials, but we differ in the ways we live out many of the smaller areas. And at times, we’ve let this complicate rather than contribute to and enrich our parenting.

Here’s the thing, though, we’ve found that even though we differ in some of our approaches, it is possible for us to parent as a united team. We just have to work hard not to allow those areas of difference to divide us.

[Read the rest of the article at The Better Mom.]